Afghanistan is a country on the continent of Asia

Officially called the Islamic Republic of Afghanistan, it is believed that civilizations have occupied the country for more than 50,000 years. The first documented history is from the Achaemenian dynasty, which controlled the area from 550 BC until 331 BC. Alexander the Great defeated the Achaemenian emperor between 331 BC and 327 BC. Alexander, along with his successors the Seleucids, brought Greek influence to the area. After this, the Mauryan Empire of India gained control over southern Afghanistan. Next nomadic Kushans established an empire in the area. The Arabs arrived in Afghanistan during 642 AD and introduced Islam. After Arab rule, the Persians controlled the area until 988, when they were conquered by the Turkic Ghaznavids. In 1219, the Mongols, led by Genghis Khan, invaded the area. After Genghis Khan’s death, many people fought for supremacy. It was in the 14th century that a man named Tamerlane made Afghanistan a part of his own vast Asian empire. In 1747, Afghanistan became a part of the Durrani Empire. Then in the 19th century, it became a buffer state between the British Indan Empire and the Russian Empire. On August 19, 1919, Afghanistan gained full independence from the United Kingdom. Afghanistan has had a tumultuous history, being ruled by many different groups. The country still faces many difficulties today. 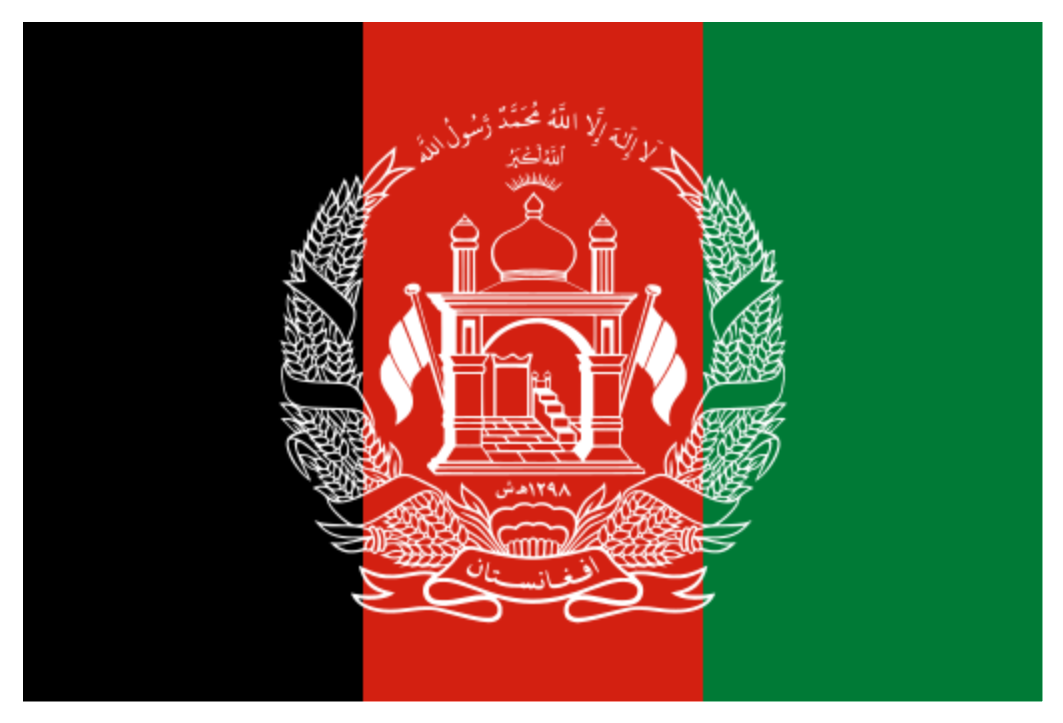 The national flag of Afghanistan is a tricolour. Black on the left, red in the middle, green on the right. With the national emblem in the middle. The flag has changed a lot over the years, however has not changed since 2004.

Afghanistan is contrasting country in terms of its landscape. Large parts of the country are dry and flat, however other parts are mountainous. Afghanistan is a landlocked country surrounded by neighbouring countries Iran, Pakistan, Tajikistan ,Turkmenistan and Uzbekistan. 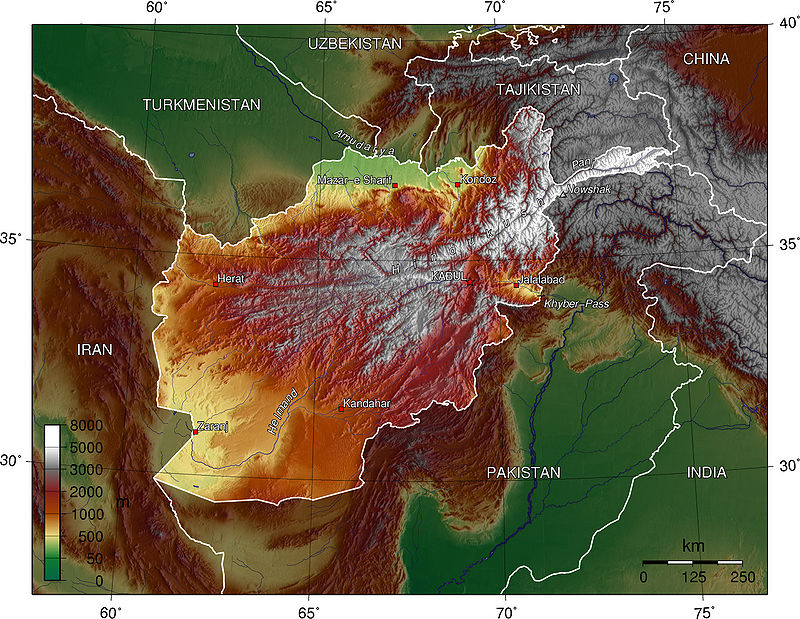 Seasons. Spring, Summer, Autumn, Winter. The summers and hot and the winters are hold. Temperatures in the summer can reach 50 degrees C. (120 degrees F) The winters in mountainous areas can get very cold. -25 degrees C. (-13 degrees F)

1. The national bird of Afghanistan is the golden eagle.

3. The snow leopard is the national animal of Afghanistan.

5. The literacy rate in Afghanistan is only 43%.

6. The government in Afghanistan is an Islamic Republic.

7. Afghanistan is rich in lapis lazuli, a vibrant blue stone.

8. The life expectancy in Afghanistan is 64 years.

9. Afghans drive on the right side of the road.

10. Many businesses are closed on Friday, which is considered holy.