Argentina is a country on the continent of South America

Officially known as Republica Argentina in Spanish, Argentina has a long history, dating way back to the Palaeolithic period, to when there was the first recording of a human presence.  By the time the Spanish came to conquer in the early 16th century there was not the many native people roaming the land. The natives at the time and before that were mainly the Inca’s of the ancient Inca Empire. When the Spanish came and conquered, they ruled over the land for a number of century’s until the people gained independence from the Spanish in the early 19th century. 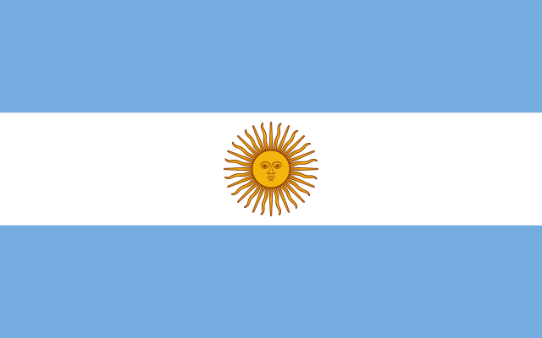 The national flag of Argentina came into place at the time of the war of independence. The 3-stripe blue and white horizontal flag was used then as a war flag in 1812, and later adopted as the national flag, with the sun added to the white stripe in 1816. The blue stripes are believed to represent the sky, with the sun representing the Inca sun god. The completed flag represents united provinces of Argentina.

The geography of Argentina is very diverse and quite unique. Where the country is situated in the world, makes for a megadiverse ecosystem. Located at the bottom of South America, the county is one of the largest in the world, which makes up a lot of space for different terrain. Sharing land borders with Uruguay, Paraguay, Bolivia and Chile. Also sharing the Andes mountains with Bolivia and Chile. Argentina also hosts the second largest river in South America (Parana) after the Amazon river. Argentina is also blessed with an abundance of beautiful plains, lakes, jungle and glaciers to the south.

Spanish is the main and official language of Argentina. This is due to the colonization of Argentina by the Spanish. There are also other languages spoken in Argentina including some indigenous such as Aymara, Guarani, Mapuche, Toba and Quechua. 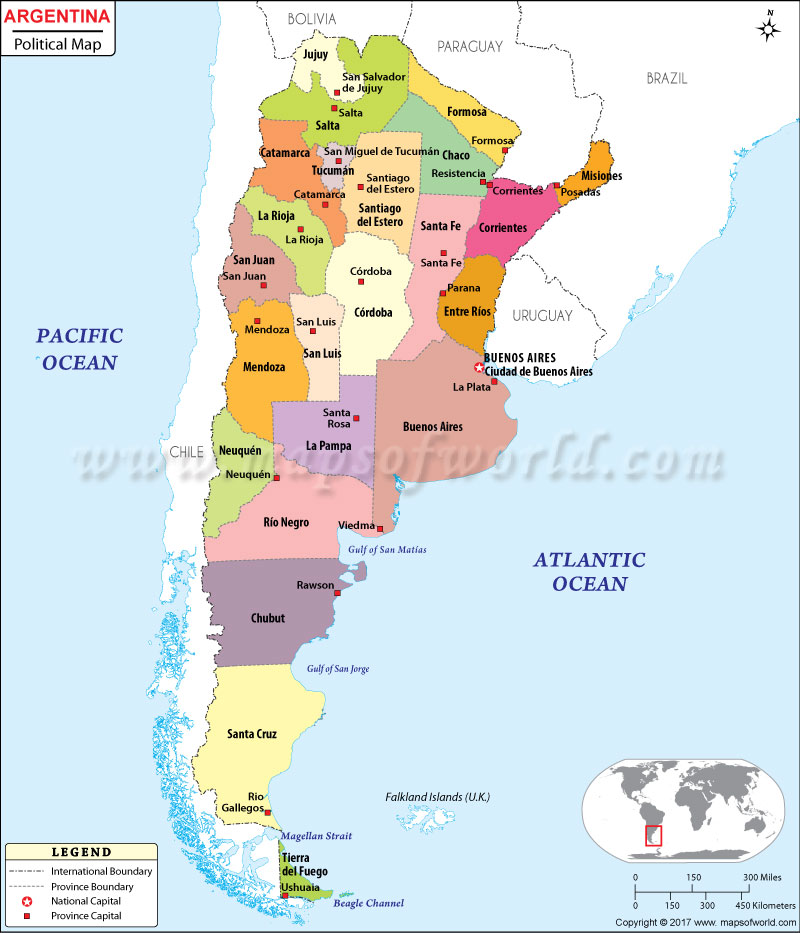 1. Argentina is the largest producer of Beef in the world.

2. The capital city Buenos Aires is considered to by the Paris of South America.

3. The singer Madonna played Eva Peron in the movie Evita.

4. The currency of Argentina is the Peso.

5. The Parana river is the longest river in Argentina.

6. Argentina was the first country in the world to broadcast radio.

7. The tango dance was invented in Argentina.

8. Argentina is the 8th largest country in the world.

9. The main language of Argentina is Spanish.

10.Soccer is the most popolar sport in Argentina.