Australia is a country on the continent of Australia / Oceania

Indigenous peoples inhabited Australia for thousands of years before the Dutch and British arrived there. These people are commonly referred to as Aboriginal and Torres Strait Islanders. Dutch and British explorers first arrived in the seventeenth century, and Captain James Cook arrived in 1770. He mapped the east coast and claimed it for Great Britain. The first British settlement was established eighteen years later in 1788. The country has been called New South Wales, New Holland, and was changed to Australia in 1824.  It is commonly known that convicts helped settle Australia. These people were usually skilled tradesmen and farmers and their crimes were trivial. They helped settle the new colony, and they were often given plots of land to farm. Australia is a large country with six states and a diversity of land and people. 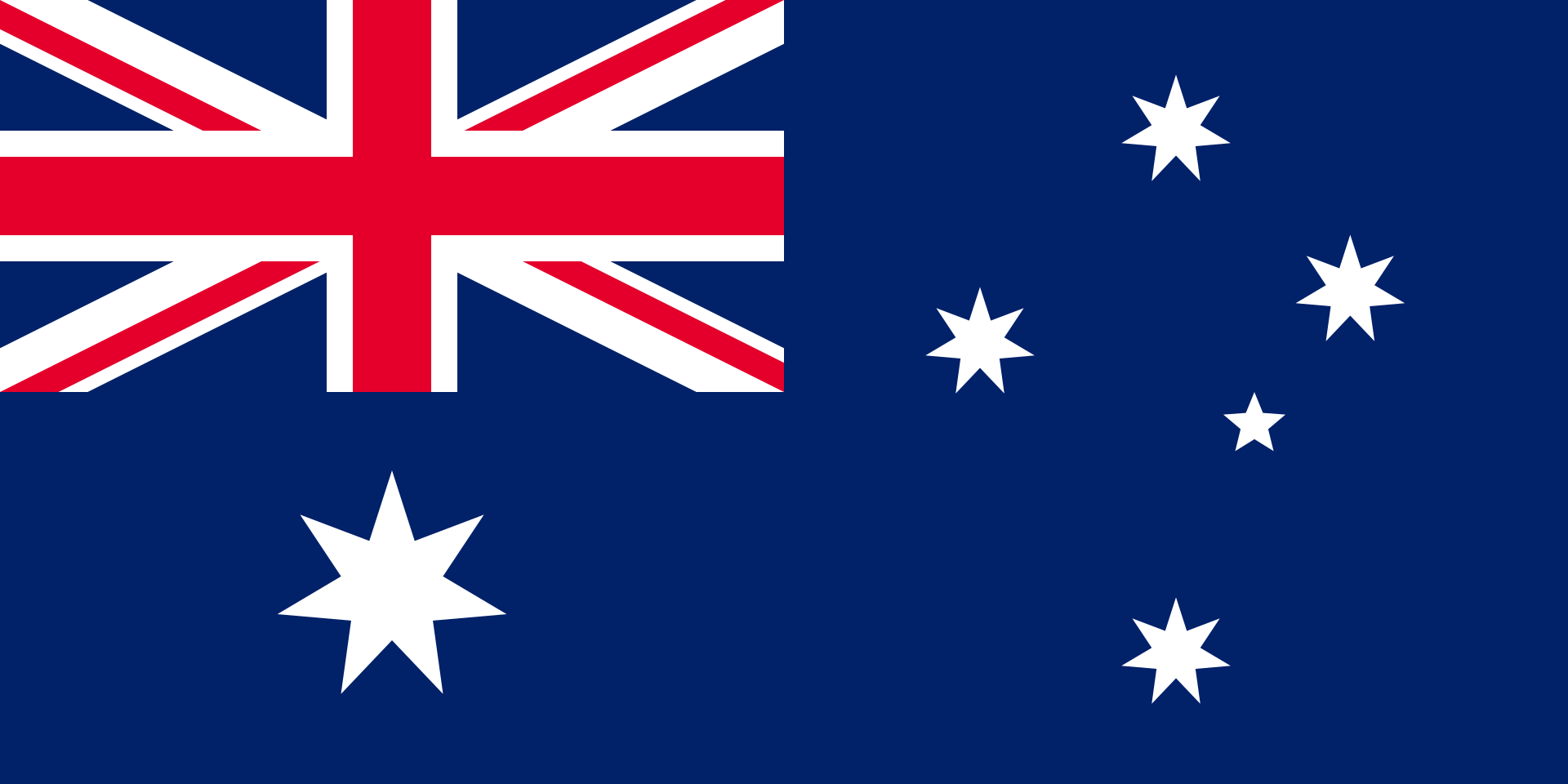 The national flag of Australia has a blue background with the Union Jack in the upper lefthand corner. A seven-pointed star lies below the British flag. Six of the points represent Australia’s six states, and the last point stands for the country’s territories. The five stars to the right are in the shape of the Southern Cross constellation.

Australia is the only country that covers a whole continent, and is the sixth-largest country in the world. Australia is located below the equator in the southern half of the world. It sits between the Indian Ocean and the Pacific Ocean. Australia’s neighbors are New Zealand to the southeast, and Indonesia and Papua New Guinea to the north. 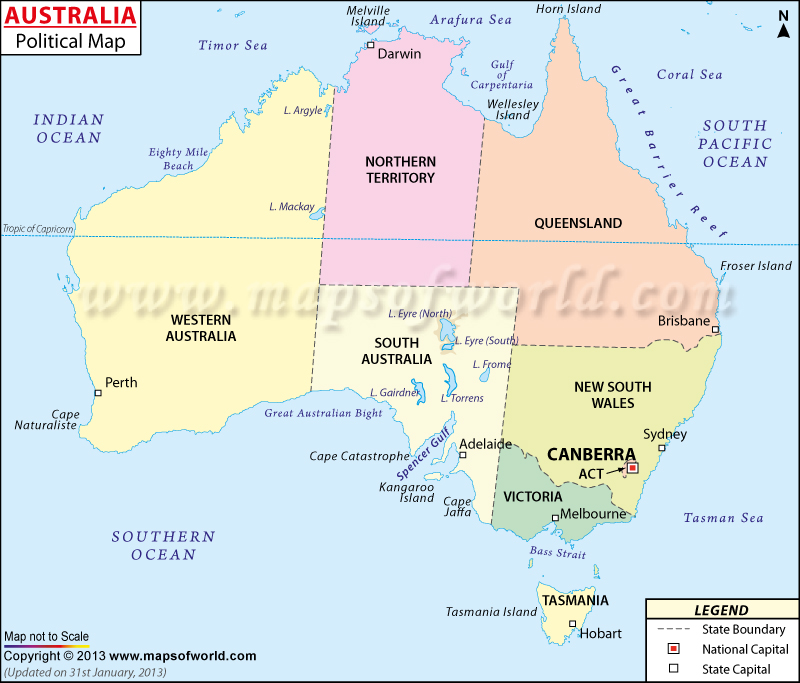 Due to the large size of Australia, it has a wide variety of climates. Northern Australia is more tropical, it is hot and humid in the summer, and warm and dry in the winter. Southern Australia is a little cooler, with mild summers and cool winters that are sometimes also rainy.

1. Australia Day is celebrated every 26th of January.

2. Of all of the animals that live there, 80% are unique to Australia.

3. Australia is the flattest continent in the world.

4. There are around 90 million sheep in Australia.

5. Australia is the only continent that does not have an active volcano.

6. The Great Barrier Reef is home to over 9 million species of life.

7. Australia has around 140 species of snakes.

9. The Australian Alps receive more snowfall than the Swiss Alps.

10. Australia has over 10,000 beaches which is more than any other country.