Azerbaijan is a country in the Caucasus region of Eurasia—the area between the Black Sea and the Caspian sea. Its capital is Baku which borders the Caspian Sea. Historically, the word Azerbaijan referred to a larger area that formed part of Persia. This area was ruled in turn by the Sassanids, the Umayyad Caliphate, various Trukic groups, and the Ottoman and Russian empires. The Azerbaijan Democratic Republic was established in 1918 and was the first secular democratic republic in the Muslim world. Azerbaijan became part of the Soviet Union only two years later and didn’t regain its independence until the collapse of the Soviet Union in 1991. This tumultuous history made Azerbaijan what it is today. 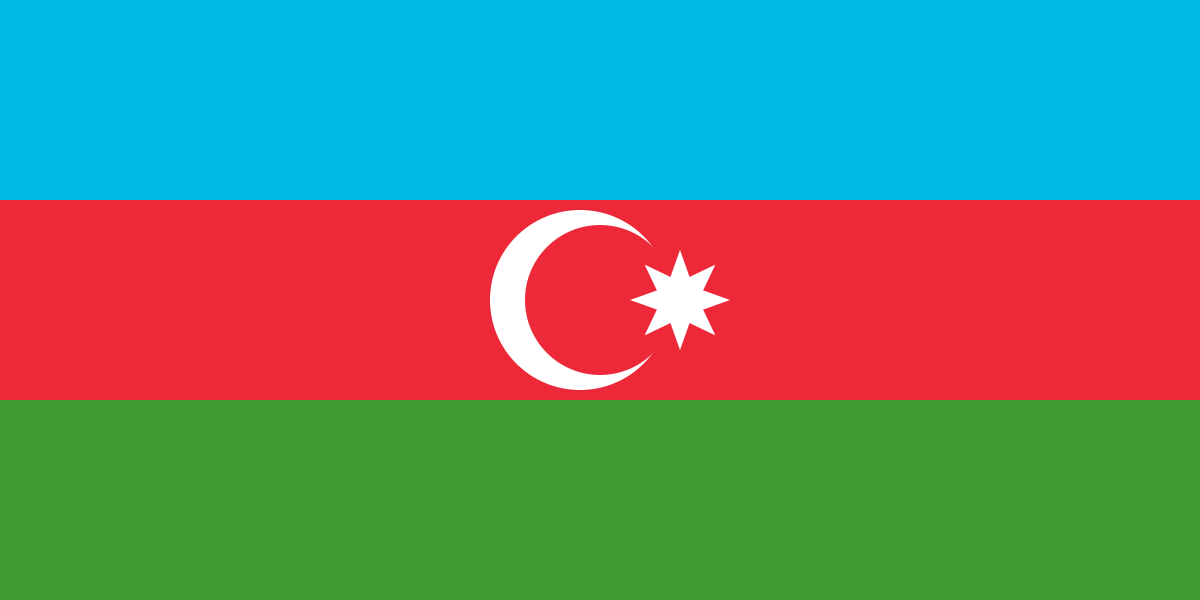 The national flag of Azerbaijan has three equally sized stripes, one blue, one red, and one green. It has a white crescent and an eight-pointed star in the center. The blue in the flag represents Azerbaijan’s Turkish heritage, the red stands for progress, and the green represents Islam. The crescent and star also symbolize Islam.

Azerbaijan is a transcontinental country, part of both Europe and Asia. It borders Russia to the north, Georgia to the northwest, Iran to the south, and Turkey and Armenia to the west. The Caspian sea forms a natural border to the east of Azerbaijan. The Great Caucasus mountain range goes along the north of Azerbaijan, near the Russian border.

Nine out of the eleven climate zones are present in Azerbaijan, making the climate very diverse. It is predominantly a mountainous country, which affects climates and temperatures. The Caspian sea is also one of the factors that makes the climate of Azerbaijan so diverse. Winters are usually cold and dry, while summers are warm.

1. Neft Daşları is an Azerbaijani city on stilts in the Caspian sea.

2. Arm wrestling is a common pastime in Azerbaijan.

3. Azer” means fire, and Azerbaijan is known as the land of fire.

5. Azerbaijan is home to over 40% of the world’s mud volcanoes.

6. The horse is the national animal of Azerbaijan.

7. Azerbaijan produces a lot of oil and natural gas.

8. There is a miniature book museum located in Baku’s Old City.

9. The life expectancy in Azerbaijan is 72 years.

10. Grapes are plentiful in Azerbaijan.