Bahrain is a country located on the continent of Asia

Bahrain was the site of the ancient Bronze Age civilization of Dilmun. It was an important trade center, linking trade routes between Mesopotamia and the Indus Valley as early as 5,000 years ago. Bahrain’s location has made it susceptible to being ruled by many different empires throughout history.  Bahrain was a part of the Persian empire from the 6th century BC to the 3rd century BC. It was later used as a pearl trading center by the Greeks, who named it Tylos. In the year 629, Bahrain embraced Islam, after which it was ruled through a representative of the prophet Muhammad. Bahrain later became part of the Qarmatian Republic, then the Uyunid dynasty, and then Usfurid and Jabrid dynasties. Bahrain was then ruled by the Portuguese and became a British protectorate in 1861. It wasn’t until 15 August 1971 that Bahrain gained its independence. 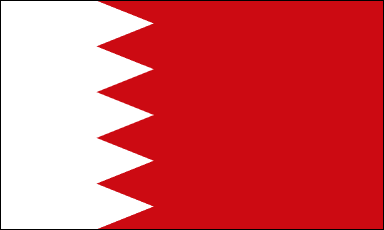 The national flag of Bahrain consists of a band of white on the left, and a red area on the right split by five triangles. The five points represent the five pillars of Islam. The red part of the flag represents the beliefs of the Bahraini people, and the white represents peace.

The Kingdom of Bahrain is an island nation in the Middle East. It is located just off the eastern coast of Saudi Arabia. Bahrain is an archipelago that consists of the main island, Al Bahrayn, and some smaller islands and islets. The majority of Bahrain is desert with low-lying rocky and sandy plains. It is a relatively flat country with no significant rivers or lakes. World Land Mass Ranking: 187th
Highest Mountain: Jabal ad Dukhan, 134 meters above sea level
Longest River: no major rivers 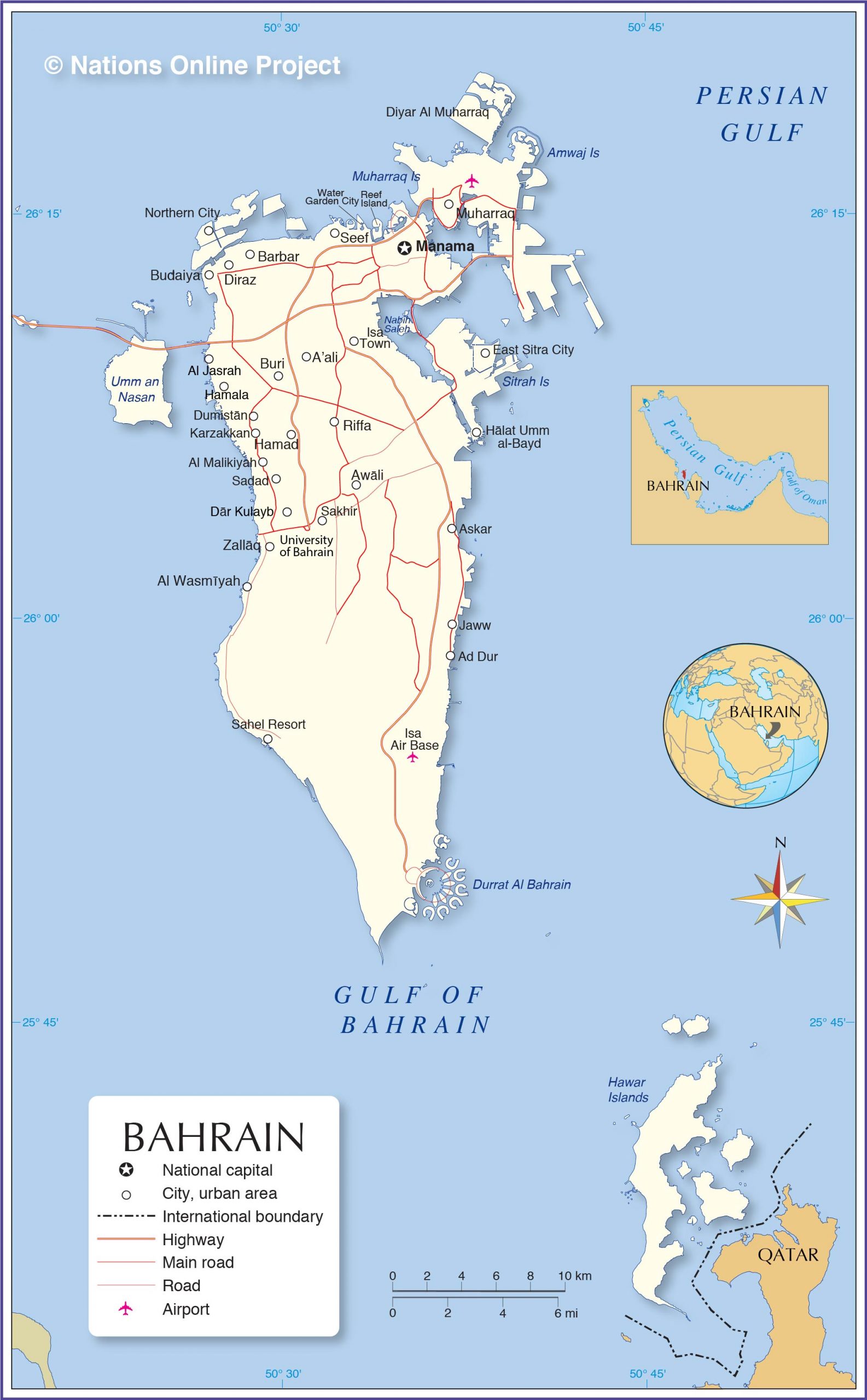 Bahrain has an arid climate and has two seasons, a very hot summer and a somewhat mild winter. Because of its location in the Persian Gulf, humidity levels are usually high, except when winds blow from the interior of Arabia. Rain is scarce in Bahrain and is usually confined to the winter months. When it does rain, it comes in brief, torrential bursts.

1. The first oil in the Arabian Gulf was discovered in Bahrain.

2. Bahrain is an archipelago that consists of 33 islands.

4. The average lifespan in Bahrain is 74 years.

5. Bahrain is well known for its oil industry.

7. Bahrain’s pearl fisheries are praised for their antiquity.

8. The significant amount of food in Bahrain is imported.