Belize is a country on the continent of North America

The history of Belize dates back thousands of years to the time of the Mayans. The Mayans were an advanced civilization, they were skilled in mathematics, created their own calendar, and came up with the concept of the zero. The Mayans spread in the area that is now Belize from about 1500 BC to 1200 BC, and then prospered until about 1000 AD. Following the time of the Mayans, Belize was inhabited by other native peoples. Later English Puritans settled Belize and set up trading posts along the coast. For a time Belize became a hideout for pirates and buccaneers. Eventually, the main industry turned into logging. Baymen would use slave labor to cut down the mahogany and ship it to Britain. Then during the 1840s, Great Britain declared Belize to be the colony of British Honduras. It wasn’t until September 21, 1981, that Belize gained independence. It officially turned from the colony of British Honduras to Belize. 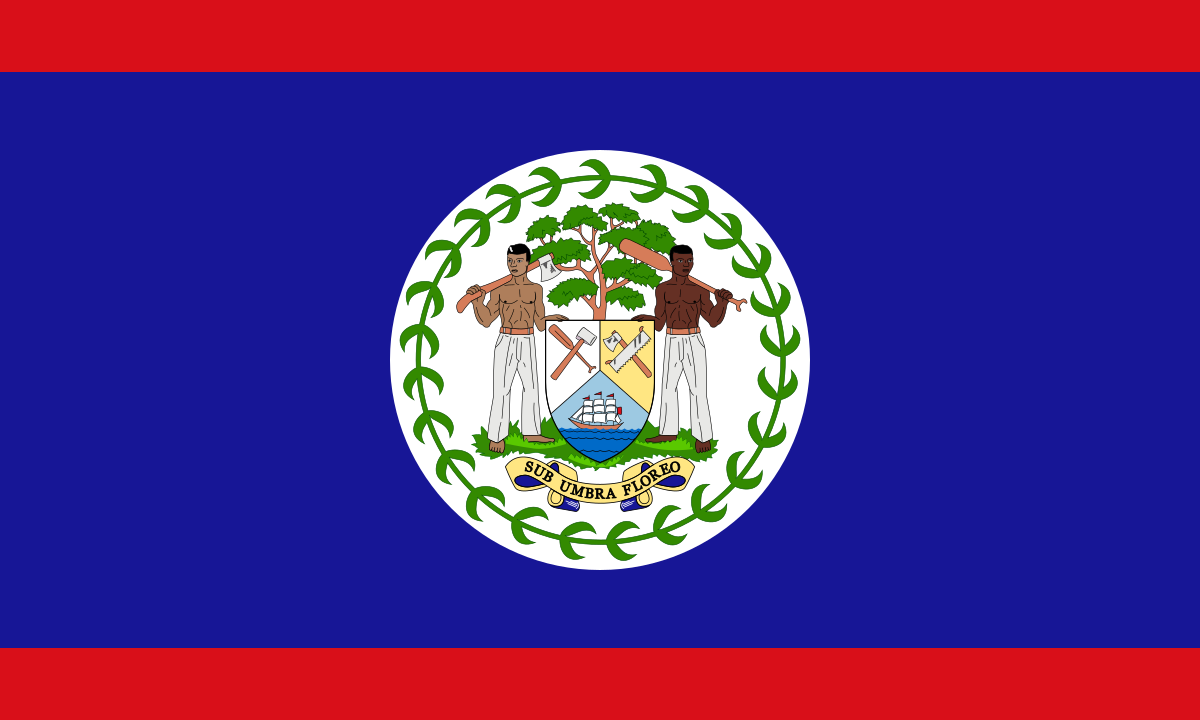 The national flag of Belize is blue with a red stripe on both the bottom and the top. The national coat of arms is located in the center of the flag. This flag was adopted on the 21 of September 1981, the day Belize became independent. The red, white, and blue flag is a symbol of unity for Belize.

Belize is located in Central America, on the Western edge of the Caribbean Sea. Its borders are Mexico to the north and Guatemala to the south and west. Belize is a relatively small country and is mostly flat. On the coast, there is a swampy coastal plain that is mostly mangrove. In the south and more interior parts of Belize, there are hills and low mountains. Most of the land is forested and undeveloped. 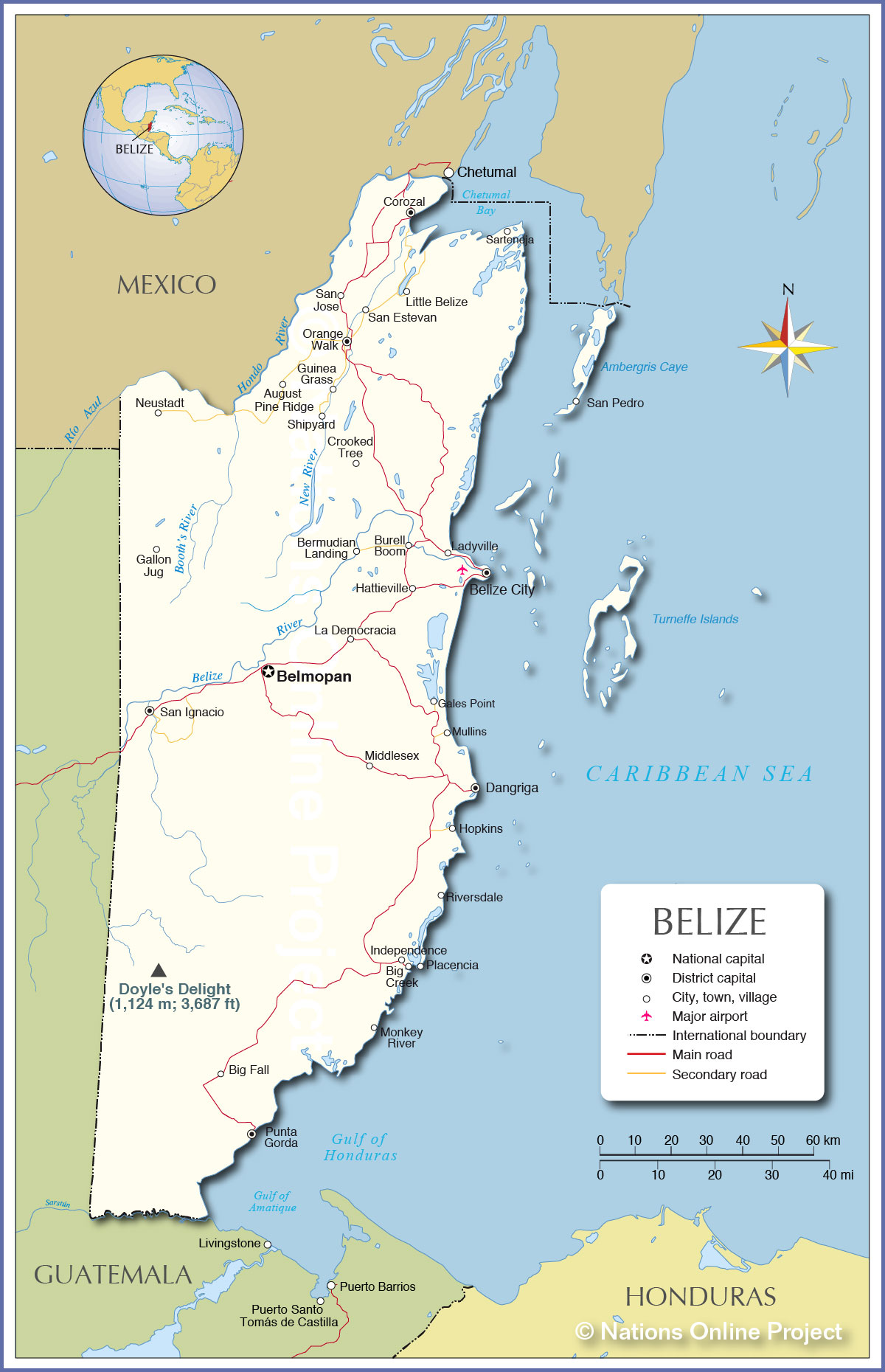 Belize has a subtropical climate with two seasons, rainy and dry. The best time of year to visit Belize is during the dry season, which is between January and May. It is typically both hot and humid year-round in Belize. Temperatures are pretty consistent, usually varying only about 5 degrees Celcius from the hottest to the coolest parts of the year.