Benin is a country on the continent of Africa

The history of Benin can be split into three categories: pre-colonial, colonial, and postcolonial. There isn’t any written history of pre-colonial Benin, but we do know that during the 900s the Edo people settled in the West African rainforests. These people grew a successful kingdom led by a wealthy leader called an Oba. During the mid-1600s, the English came to Benin, and during the early 1700s, the French came. Then in 1752, the Portuguese founded Porto-Novo, a port for the flourishing slave trade. Following wars and other problems, what is now Benin became a French colony (Colony of Dahomey). In 1904 Dahomey became a part of French West Africa. Benin finally gained its independence on August 1, 1960. 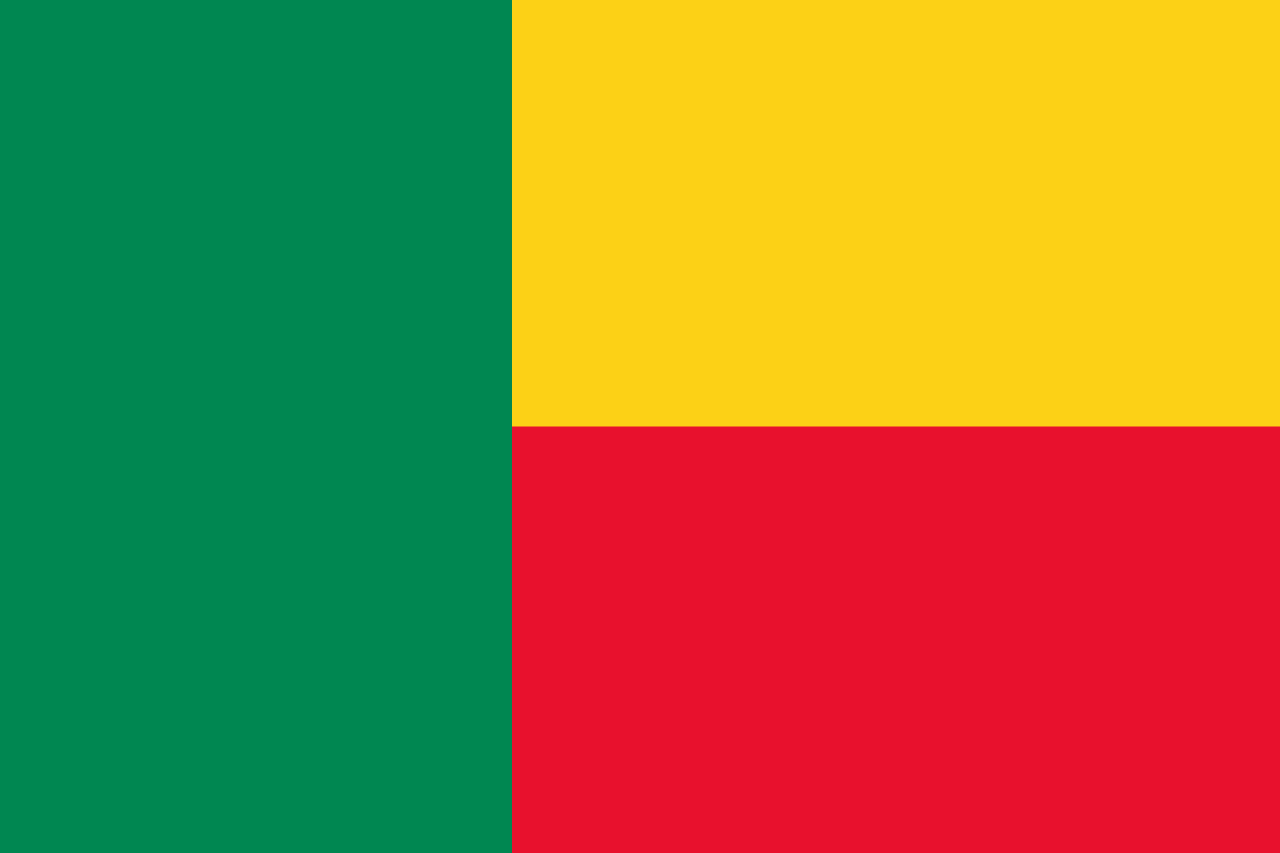 The national flag of Benin is made up of two horizontal stripes (yellow and red) on the right side and a vertical green band on the left side. The green represents hope and revival, yellow the country’s wealth, and red the courage of ancestors. The current flag design was adopted on November 16, 1959.

Benin is located in West Africa, and is a narrow north to south strip of land. It is bordered by Burkina Faso to the northwest, Nigeria to the east, Togo to the west, and the Bight of Benin to the south (in the Atlantic Ocean). It is one of the smallest countries in Africa and has sandy coastal areas, marshy land with lagoons, and wooded savannas. 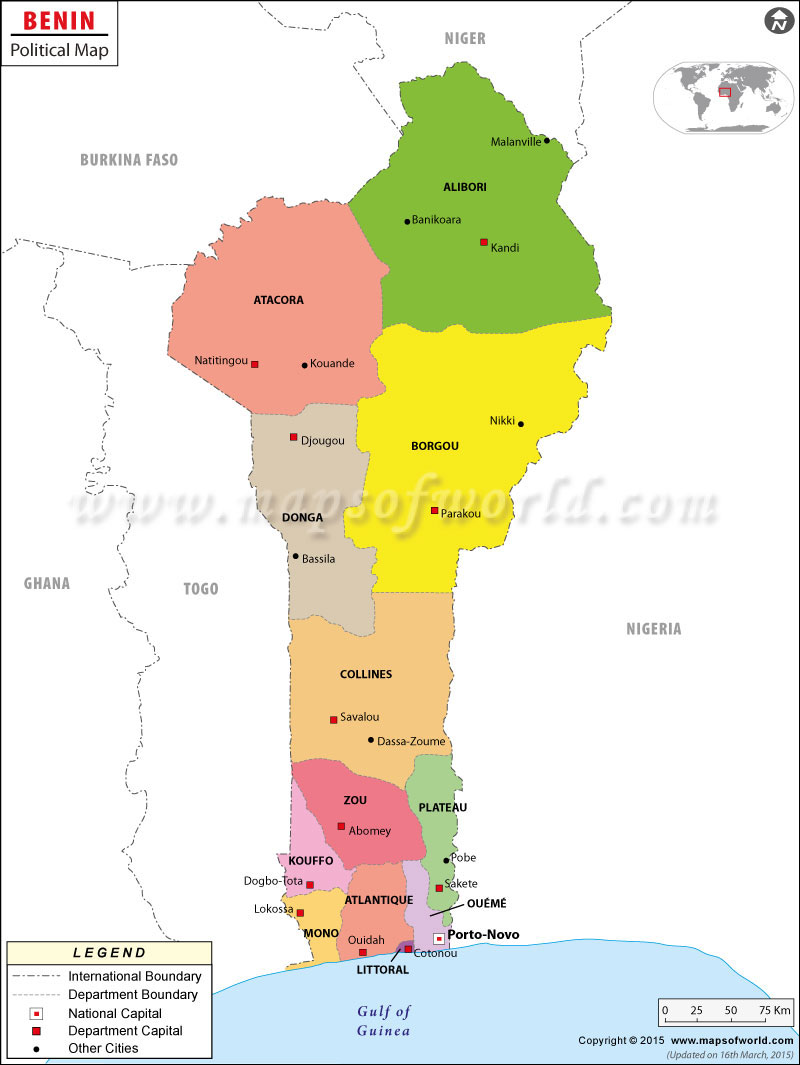 The climate of Benin is tropical, hot, and humid. It has two rainy seasons and two dry seasons. The rainy seasons are from May to mid-July and from September to December in the south (May to September in the north). Temperatures do not vary too much throughout the year, and it is quite humid year-round as well.

1. The largest export from Benin is cotton.

2. The national animal of Benin is a leopard.

3. The largest city and chief port in Benin is Cotonou.

4. The average lifespan in Benin is 61 years.

5. There are two national parks in Benin.

9. The Royal Python is worshiped in Benin.