Botswana is a country on the continent of Africa

Botswana has been inhabited by humans for a very long time, some think it could have been as early as 200,000 years ago. The San and Khoi people were early inhabitants of the areas of Botswana and South Africa. They were first hunters and gatherers, and later some became pastoralists. Meanwhile, Bantu-speaking farmers gradually migrated to the area that is now Botswana. These people occupied the area up to the Iron Age. When European traders arrived on the coast of Africa, the economy of Botswana changed. They began to trade ivory, cattle, and slaves. During this time, King Sechele, who ruled from 1829-18292, allied himself with British traders. He was baptized by David Livingstone, and also helped fight the Boers. From 1867-1869, white miners came to the area of Botswana in search of gold. To prevent Germany and other European nations from claiming land, the British proclaimed a protectorate over their allies in Africa. This protectorate included the region that is now Botswana. Later, over a period of time, Botswana peacefully separated from Britain. It became an independent country on September 30, 1966. 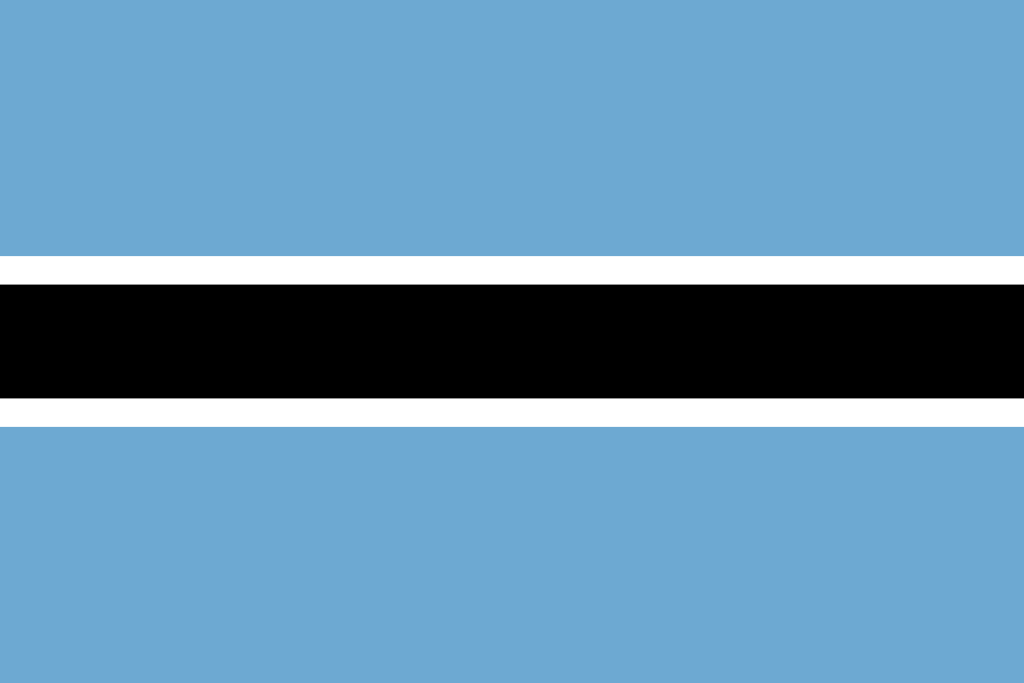 The flag of Bosnia and Herzegovina consists of a blue background, a large yellow triangle, and nine diagonal stars. These stars represent Europe, and to imply that these starts are infinite, the top and bottom ones are cut off. The triangle represents the simplified shape of Bosnia and Herzegovina. The colors, yellow, white, and blue are often associated with peace and neutrality.

Botswana is a landlocked country located in central southern Africa. It is bordered by Namibia to the north and west, Zimbabwe to the east, and South Africa to the south. Botswana is mostly flat, with some hills. The majority of Botswana is covered by the semi-arid Kalahari desert. In Northern Botswana, the Okavango Delta provides an oasis with salt lakes and pans. 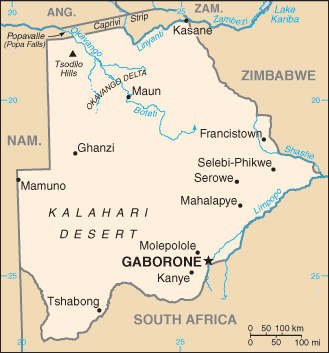 The climate of Botswana is arid, semi-arid, or sub-tropical, depending on the area. Botswana is very dry, and has a low annual rainfall. The seasons are usually pretty indistinct, but there is a rainy season and a dry season. The wet season is from November to March, when it is quite hot and humid. The dry season is from April to October.

1. 40% of Botswana is national parks and wildlife reserves.

2. Botswana is the home to Africa’s densest elephant population.

3. The national currency is called pula, which means rain.

4. There are 170 different species of mammals in Botswana.

6. The zebra is the national animal of Botswana.

8. The border of Botswana and Zambia is the shortest in the world.

9. Botswana is approximately the size of France.

10. Botswana is the world’s second-largest producer of diamonds.