Brunei is a country on the continent of Asia

Not much is known of pre-Islamic Brunei, but evidence shows the area was trading with the Asian mainland as early as 518 CE. From the 14th to 16th centuries, Brunei was the seat of a powerful sultanate. It ruled over all of Sarawak, Sabah, and Borneo, as well as parts of the Sulu Islands and the Philippines. During this time two powerful Sultans ruled, Bolkia and Hassan. In the 1800s, the Sultan of Brunei sought English support to help defend the coast from Dayak Pirates. Adventurer James Brooke helped, and as a reward, he became a leader and governor in the northwest. In 1888, the British made Brunei a protectorate state. It remained this way until January 1st, 1984, when Brunei became an independent country. 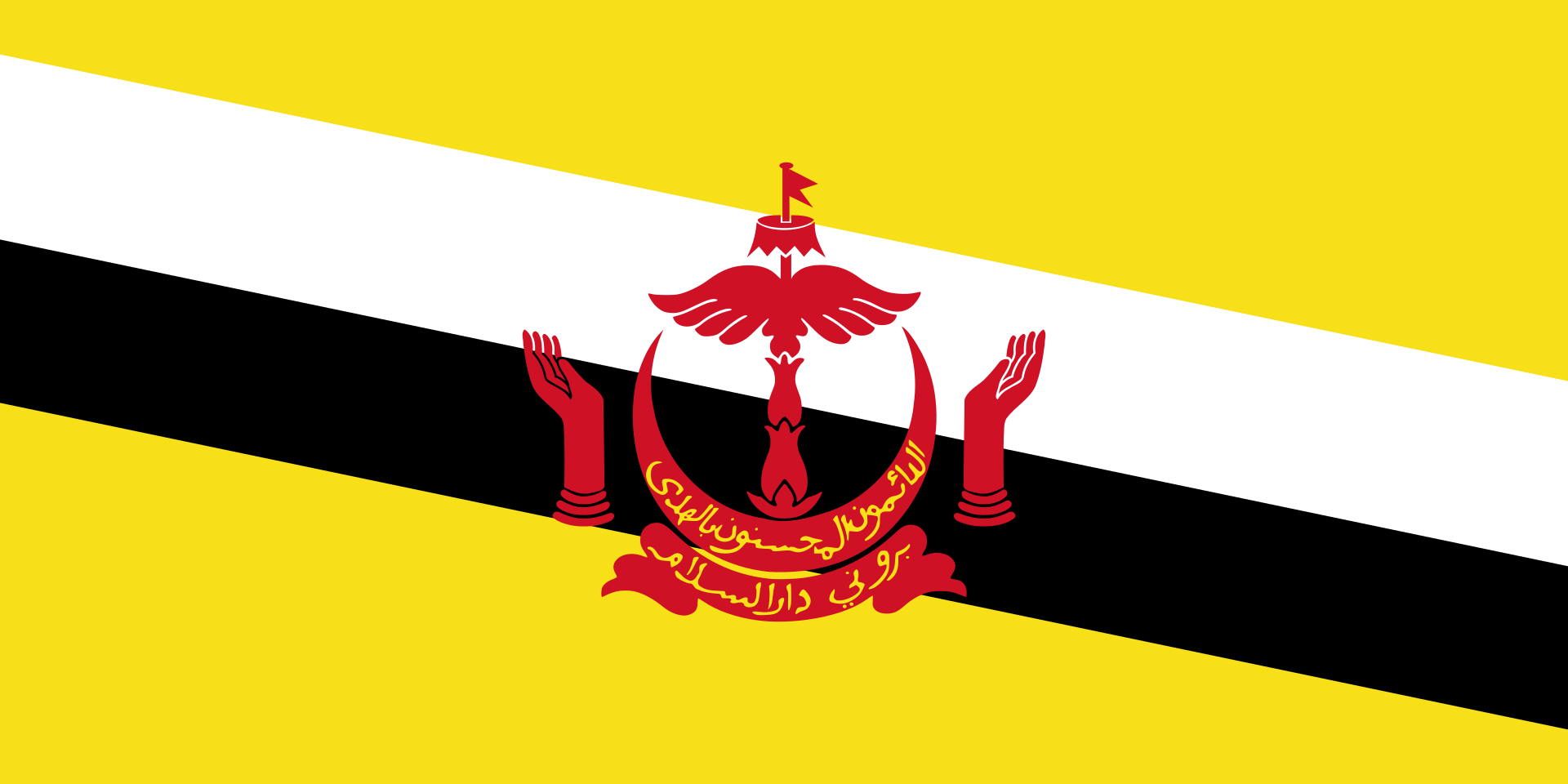 The national flag of Brunei is yellow, split by two diagonal stripes, one black and one white. In the center is the red crest of Brunei. The yellow represents the Sultan of Brunei, and the black and white stripes represent the country’s chief ministers. The flag was adopted in 1959.

Brunei is located in East Asia on the northwest coast of the island of Borneo. Brunei is surrounded by Malaysia and the South China Sea. Most of the country is a flat coastal plain. There is also a mountainous region in the east, and hilly lowland in the west. Brunei also has rain-forests and several rivers. 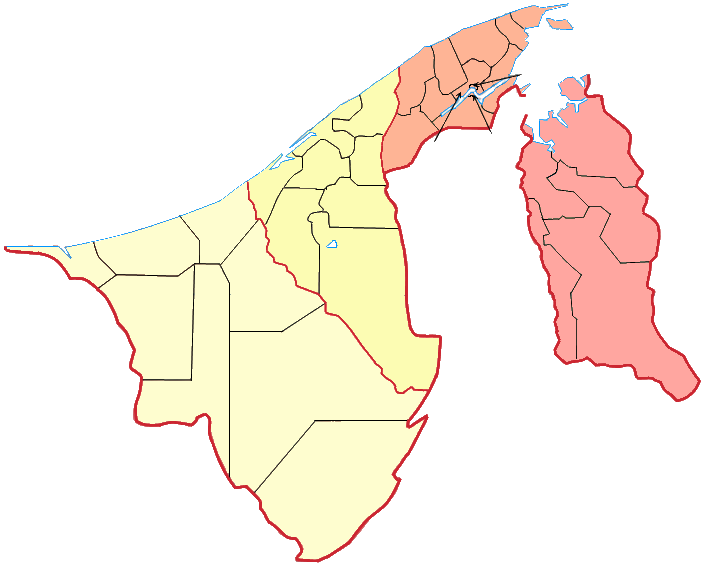 Brunei has a tropical rain-forest climate with heavy rainfall. The climate is warm and humid year-round. Usually, there are no dry periods in Brunei, although there are two monsoon periods. March is the hottest month in Brunei, with an average temperature of 27.5 degrees Celcius (82 Fahrenheit). The coldest month is January, which is also the wettest month, with an average of 290mm of rain.

1. Brunei is home to the world’s largest residential palace.

2. The Brunei national animal is the White-Bellied Sea Eagle.

3. The Belalong Tree Frog can only be found in Brunei.

8. Brunei is the first Asian country to ban shark finning.

9. It is illegal to drink alcohol in Brunei.

10. The life expectancy in Brunei is about 76 years.