Burkina Faso is a country on the continent of Africa

Archaeological digs have discovered tools from hunters and gatherers living in Burkina Faso from 14,000 BC to 5,000 BC. The first communities in Burkina Faso were villages, from about 3600 BC and 2600 BC. Then between the 8th and 15th centuries, Burkina Faso was a part of the Iron-Age Bura culture. The Mossi people ruled the land that is now Burkina Faso from the medieval period up until the 19th century. The Mossi were farmers, soldiers, and were known for building empires. In 1987, the lands of the Mossi people became a French protectorate, which later became known as Upper Volta. In 1984, after political unrest and overthrowing of leaders, Upper Volta was renamed Burkina Faso. 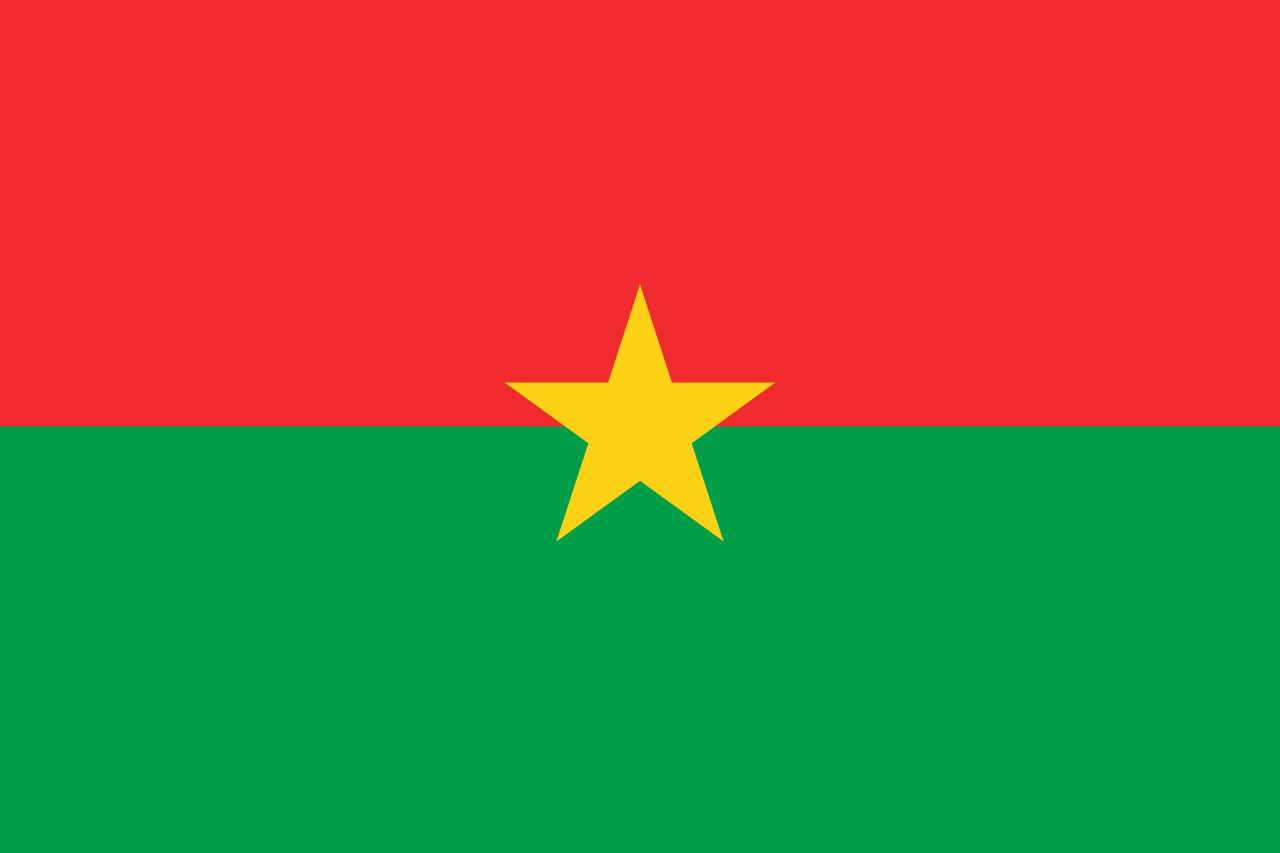 The national flag of Burkina Faso is made up of two equal bands of red and green, with a  yellow star in the center. The flag was adopted on August 4th, 1984.

Burkina Faso is a landlocked country in western Africa. It shares a border with six other countries, including Niger, Togo, and Ghana. Burkina Faso has a savannah that is grassy in the northern part of the country, eventually turning into sparse forests more south. The country also occupies an extensive plateau. 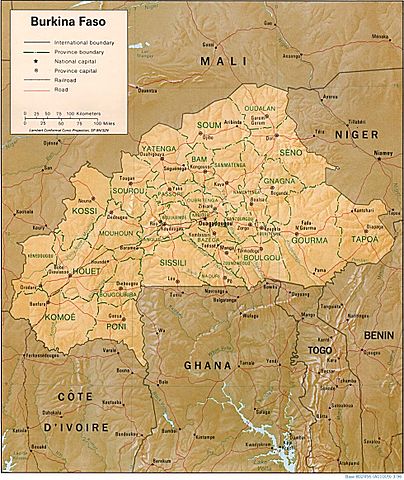 1. The national animal of Burkina Faso is the White Stallion.

3. The average annual temperature of Burkina Faso is 82.9 degrees F

4. Burkina Faso is located south of the Sahara Desert.

7. About 80% of the population relies on subsistence agriculture.

9. Burkina Faso is known as “The Land of Honourable People.”