Cape Verde is a country on the continent of Africa

The recorded history of Cabo Verde began when the Portuguese discovered the country in 1456. The islands were uninhabited, and the Portuguese established their initial settlement on the island of Santiago, which was the first European settlement in the tropics.  They named the country Cabo Verde (Cape Verde). Since Cape Verde was positioned on the trade routes between Africa, Europe, and the New World, it became involved in the transatlantic slave trade and became very rich. As a result of this wealth, European pirates and privateers were attracted to the islands. In 1585, the famous Sir Francis Drake captured the capital Ribeira Grande, and Praia became the new capital. Cape Verde was a Portuguese colony until 1951, when it became an Overseas Province. On July 5th, 1975, Cape Verde gained full independence from Portugal. 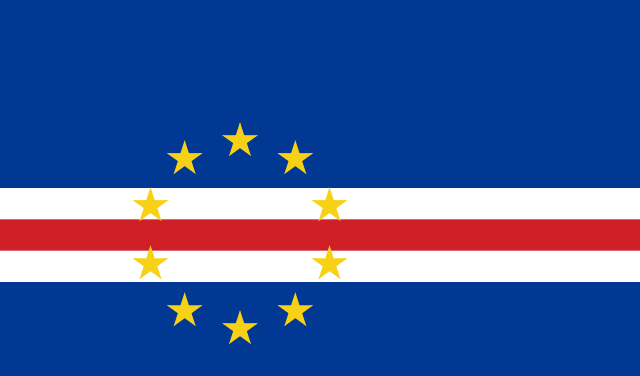 The flag of Cape Verde is made up of five unequal horizontal stripes of blue, white, and red. It also has a circle of ten yellow stars, which symbolize the 10 main islands of Cape Verde. This flag was adopted on September 22, 1992.

Cape Verde is an archipelago made up of ten islands and several islets. It is located in the mid-Atlantic Ocean, 570 km off the west coast of Africa. These islands have varying landscapes, from plains to volcanoes. On several of the more mountainous islands, erosion has resulted in sheer jagged cliffs rising from the ocean. 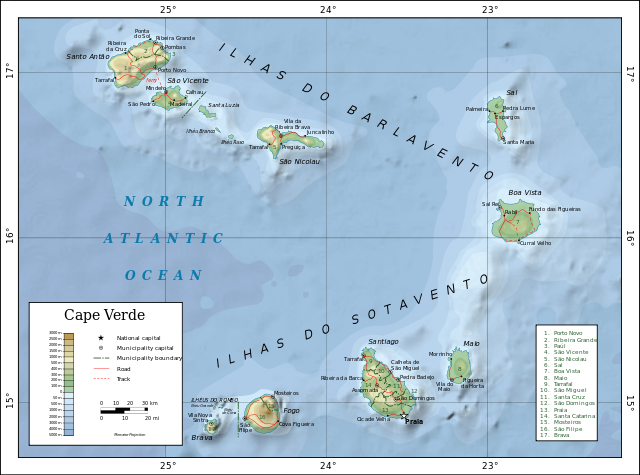 1. Manatees are the national animal of Cape Verde.

2. The currency of Cape Verde is the Cape Verdean Escudo.

3. Just 10% of Cape Verde’s land is suitable for agriculture.

4. The official name of the country is the Republic of Cabo Verde.

5. The life expectancy in Cape Verde is about 75 years.

6. Cape Verde has one of the most stable governments in Africa.

7. There are more Cape Verdean living abroad than in the country.

9. Sugar cane liquor is a popular drink in Cape Verde.

10. It is the third-largest nesting site for loggerhead turtles.