The Republic of Congo (Congo-Brazzaville) was first inhabited by Pygmies, whose culture was eventually replaced by Bantu tribes. The main tribe was a group called the Kongo, who established several kingdoms along the Congo River. Portuguese explorers were the first Europeans to arrive in Congo. Unfortunately, the Portuguese began to use the native people as slaves, and between 1600 and 1800, the slave trade expanded enormously. In the 1880’s the area that is now Congo became under French Rule. Later Congo, along with Chad, Gabon, and other areas were combined to create French Equatorial Africa (AEF). In 1958 AEF was dissolved, and by 1960, Congo gained complete independence from France. 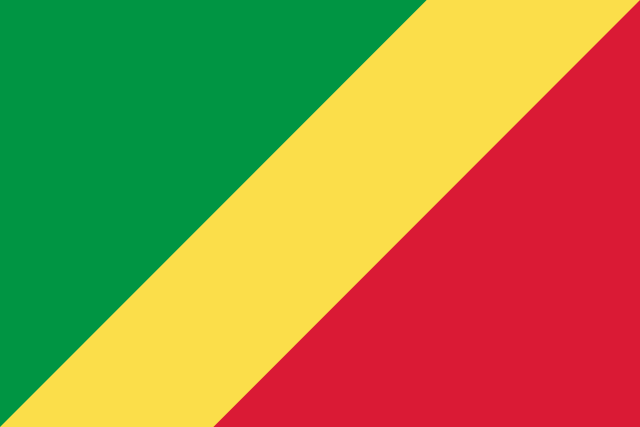 The National flag of Congo has been changed many times throughout the years, but the current design was adopted in 1991. The green section represents forests and agriculture, the yellow stands for the people of Congo, and the red section has no specific meaning.

Congo is located along the equator, in the central-western part of Africa. Congo consists of four main regions: the coastal plain, the Teke Plateau, the Nyari Valley, and the Congo Basin. The physical geography of Congo includes rainforests, plains, hills, and swamplands. 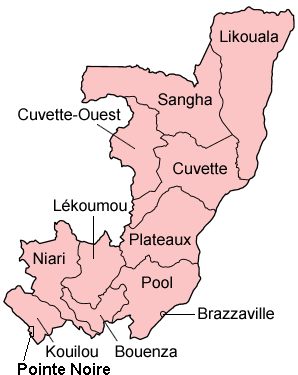 Congo has a tropical climate, with high temperatures year-round. The country receives heavy rainfall and has very high humidity. On average, the country receives at least 60 inches of rain each year, with amounts varying from season to season.