Columbia is a country on the continent of South America

The first indigenous people living in Costa Rica were hunters and gatherers. In 1502, Christopher Columbus sighted Costa Rica during his last trip to the Americas. The Spanish gradually conquered the area, and in 1563 the city of Cartago became the first permanent settlement. Spaniards assumed that the island would be rich with gold and resources, but this was not the case. Instead, they used the land for farming. In 1821 Costa Rica became an independent country. 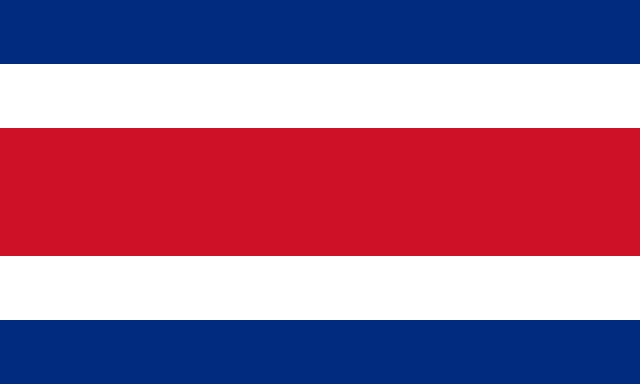 The current national flag of Costa Rica was adopted on November 27, 1906. The red stripe stands for the generosity of Costa Ricans, as well as blood spilled by those defending the country. The blue stripes symbolize peace, happiness, and wisdom.

1. Costa Ricans refer to themselves as Ticos.

2. The white-tailed deer is the national animal of Costa Rica.

5. There are 200 volcanic formations in Costa Rica.

6. The life expectancy in Costa Rica is 80 years.

8. Pura Vida is the national motto of Costa Rica.

10. Costa Rica has no military.