Croatia is a country on the continent of Europe

Not much is known about the earliest inhabitants of Croatia, except that they farmed with stone tools. In 1000 BC, the area was settled by Illyrian tribes. Then in the 4th century BC, Greeks conquered parts of present-day Croatia. Following this, the Romans gradually took over Croatia, and by 12 AD, they ruled the entire country. In the early part of the 7th century AD, Slavic people called the Croats migrated to the area. They formed two Croatian states. In the 9th Century, Croatia converted to Christianity and became a part of the western Catholic Church based in Rome. During the Middle Ages, trade flourished in Croatia and towns grew. In 1091, King Ladislaus of Hungary became ruler of Hungary. The two countries later developed an official union that lasted until World War I. During this war, the area became a part of Yugoslavia. During WWII, Croatia faced many hardships under German and Italian rule. In the 1990s, communism collapsed throughout Eastern Europe. In 1991 Croatia voted for independence from Yugoslavia, which resulted in a Civil War. The Croats and Serbians fought for many years until, in 1995, the Dayton Peace agreement was signed.

The National flag of Croatia consists of three vertical stripes of red, white, and blue, with the Croatian coat of arms in the center. The colors of the flag were inspired by the flag of imperial Russia.

Croatia is located in the northwestern part of the Balkan Peninsula. It is bordered by Bosnia and Herzegovina and Serbia in the east, Slovenia in the west, Hungary in the north, and Montenegro and the Adriatic sea in the south. The land is geographically diverse, with low mountains and highlands, plains, and islands. 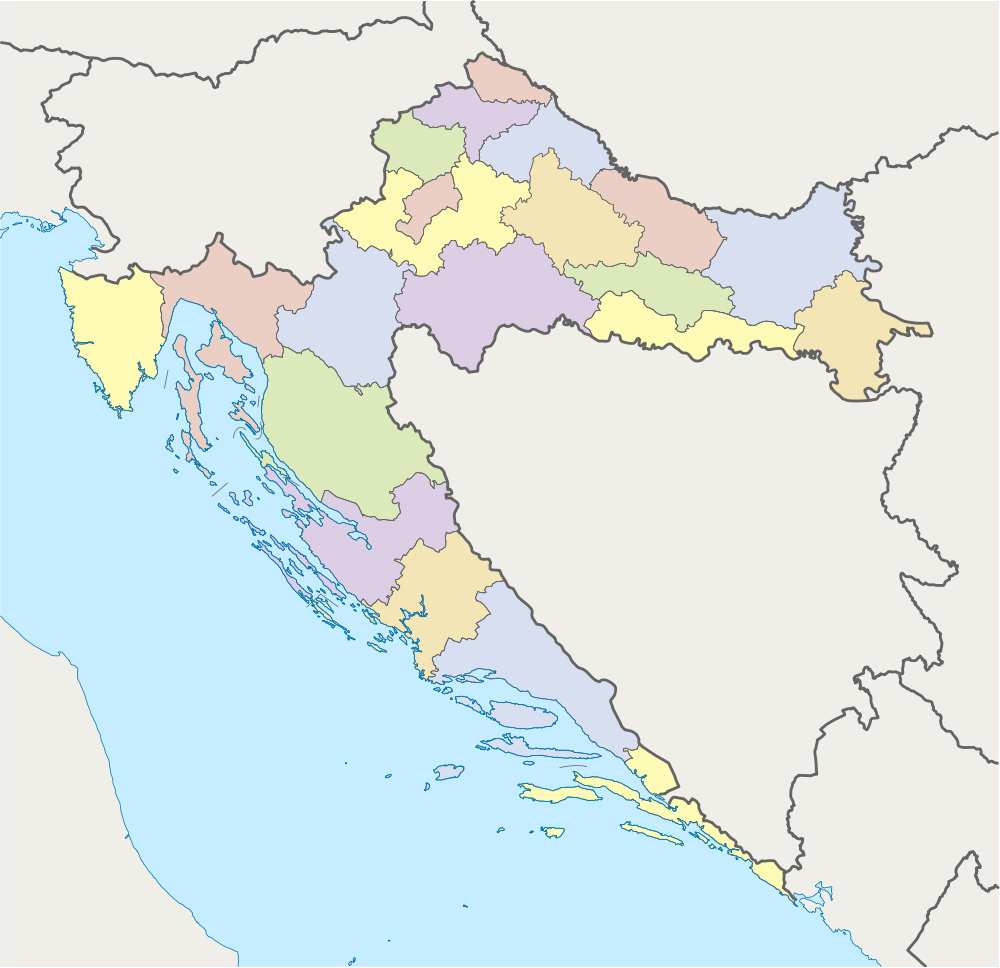 Croatia is divided into two main climate regions–Mediterranian and Continental. The coast is hot, dry, and sunny during the summer and wet and mild during the winter. In the interior of Croatia, winters can be pretty cold and snowy, and summers are usually hot.

1. Croatia is home to the world’s smallest town, called Hum.

2. The Croatian waterfront is known as the Dalmatian Coast.

4. The Marten is the national animal of Croatia.

5. The official currency of Croatia is the kuna.

6. There are ten UNESCO world heritage sites in Croatia.

7.  It is believed that the necktie was invented in Croatia.

8. The life expectancy in Croatia is 78 years.

9. The national flower of Croatia is the iris.