In the 3rd century B.C., Arabians migrated to what is now Djibouti. Their descendants are the Afars, which are Djibouti’s natives today. The Somali Issas came to the country soon after. Islam was introduced to the country in 825, now it is the nation’s predominant religion. In 1843, Djibouti was acquired by France. The country was a valuable asset for France because of the capital city’s port which opens to the Red Sea. Originally known as French Somaliland, the colony voted in 1958 and again in 1967 to remain under French rule. In 1977, France transferred Soveirgnity to the newly independent nation of Djibouti. 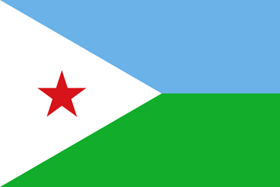 The Djibouti flag was adopted on June 27th, 1977. The light blue represents the sky, the green symbolizes the green of the earth, the triangle symbolizes peace, and the star stands for the unity of the country’s people.

Djibouti is a country on the horn of Africa. It is bordered by Eritrea to the north, Ethiopia to the east and south, and Somalia to the southeast. On Djibouti’s east side, it borders the Red Sea and the Gulf of Aden. 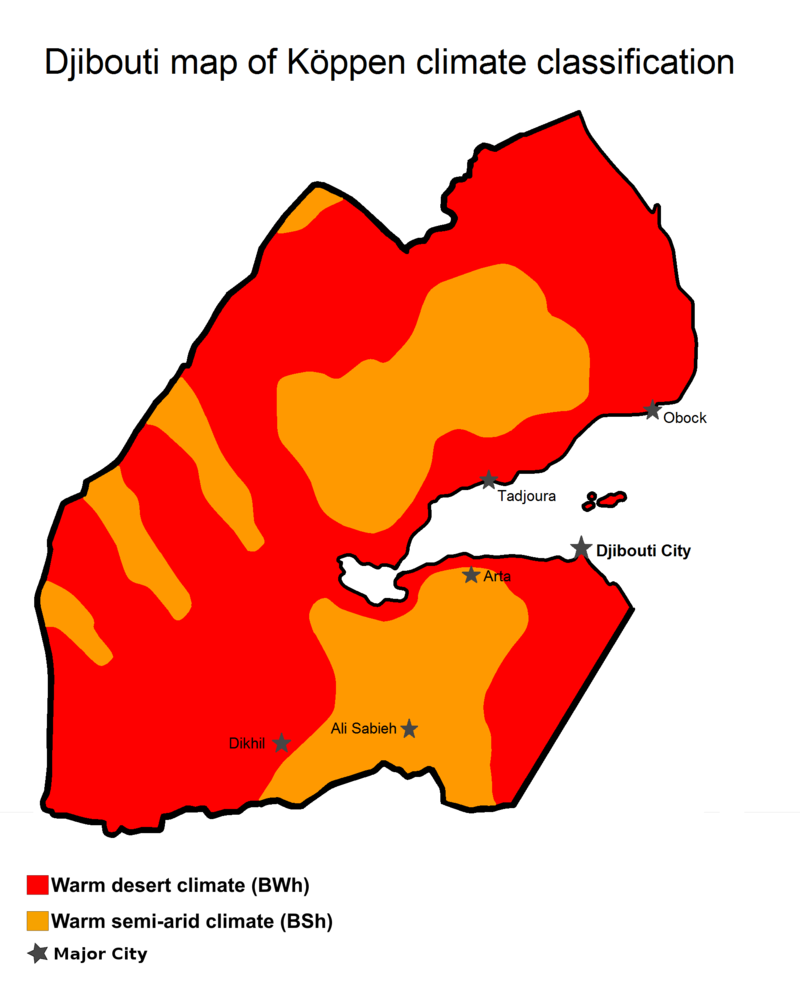 In the north and along the coast, Djibouti has a tropical desert climate. In the central-northern highlands, it has a semi-desert climate. The summers are short and very hot, and the winters are long and warm. Year-round, the climate is dry and windy.

1. Djibouti’s national animal is an elk.

2. Approximately 90% of Djibouti’s land is desert.

4. Lake Assal in Djibouti is 10 times saltier than the sea.

5. Lake Assal is also the lowest point in Africa.

7. The CAR is a totally landlocked country.