Ethiopia is one of the oldest independent nations in Africa. It has been inhabited for many thousands of years. The D’mt kingdom rose to power in Ethiopia during 10 BC. Then in the first century AD, the Aksumite kingdom rose to power, and their capital, called Askum, became a major power on the Red Sea. In the earthy fourth century, Christianity was declared the state religion of what is now Ethiopia. As Islam spread across eastern Africa, the Askum empire lost power and became isolated. During the Middle Ages, Ethiopia flourished. During the 16th century, however, Ethiopia declined in power and struggled. In the late 19th century, all of Africa–except Ethiopia and Liberia–was divided up among different European countries. Ethiopia joined the League of Nations in 1923. In 1935, Italy invaded Ethiopia but was defeated in the Battle of Adwa. However, in 1974 Ethiopia was taken over by Communist rule. In the following years, Ethiopia faced much hardship. In 1991, the Communist regime was overthrown, and in 1995 Ethiopia became an independent nation.

The first national flag of Ethiopia was adopted in 1897, but the current version was adopted in 1996. It is a tricolor made up of green, yellow, and red. The star in the center represents the unity of all Ethiopian nationalities.

Ethiopia is located in the horn of Africa, on the northeast coast of the continent. It borders six countries: Sudan, South Sudan, Kenya, Djibouti, Eritrea, and Somalia. Ethiopia has a diverse landscape, with mountainous highlands, rainforests, plateaus, deep gorges, and river valleys. 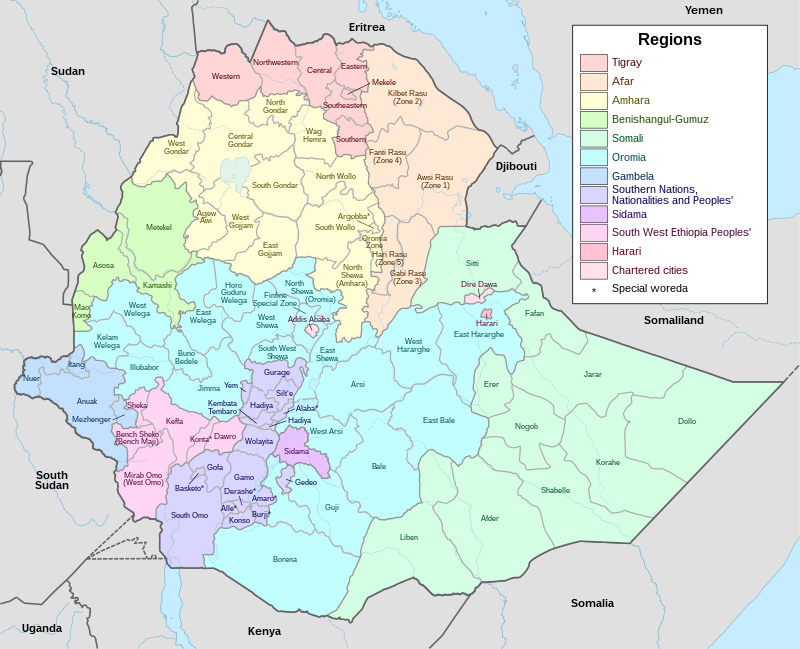 Like the landscape of Ethiopia, its climate is diverse. In the equatorial rainforest of Ethiopia, there is high rainfall and humidity. The country has an alpine climate in the mountains, and desert-like conditions in the north-east, east, and south-east lowlands.

1. Ethiopia is the birthplace of coffee.

2. Over 80 languages are spoken in Ethiopia.

4. Over half of Africa’s mountains are in Ethiopia.

5. Ethiopia has never been colonized.

6. Ethiopia has its own calendar system.

7. About 25 plant and animal species are endemic to Eswatini.

8. Eswatini is the only absolute monarchy in Africa.

9. The second-largest rock can be found in Eswatini.